I took a course in game design in school that partnered motion designers with game developers. This course was a lot of fun because not only did I get to design a game, I got to work with people that were not designers. I work best in team settings where we all have different strengths.

This game was made from start to finish in 48 hours and lot's of energy drinks. We were given the them of time and no other restrictions.

Having recently played the VR game Superhot, I thought it would be fun to design a fighting based game that moved when you moved. Therefore, the faster you move the character, the faster enemies will attack you.

I love coming up with obscure concepts for all the games I designed in the class, but it was up to my developer partner to make it a reality. 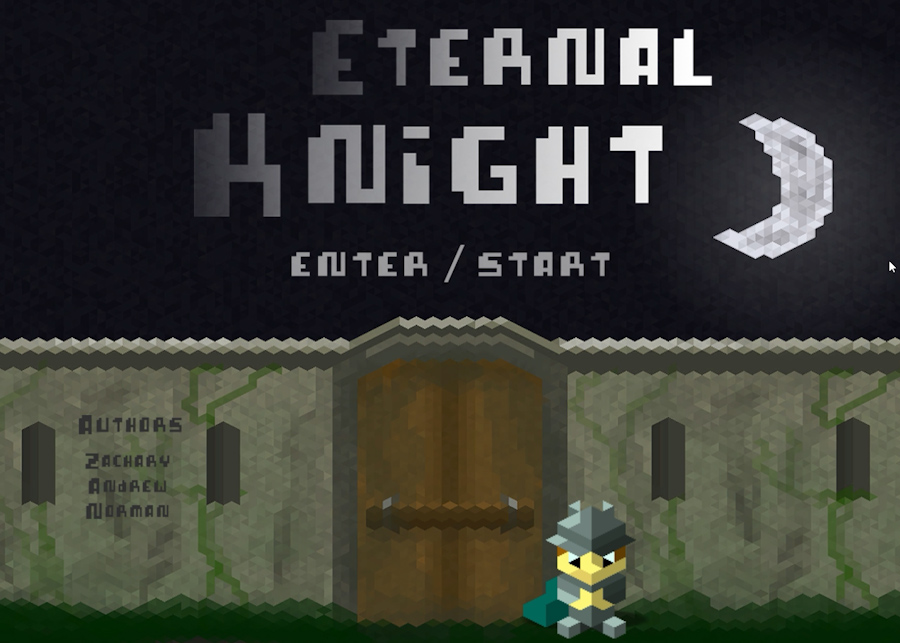 For programming the game, we used Unity. I also created the animations for the characters in Unity.

For the designs, I used a software called Marmoset Hexels. It was perfect for creating a pixel styled game.

Hover over each to see the animations (tap on mobile).